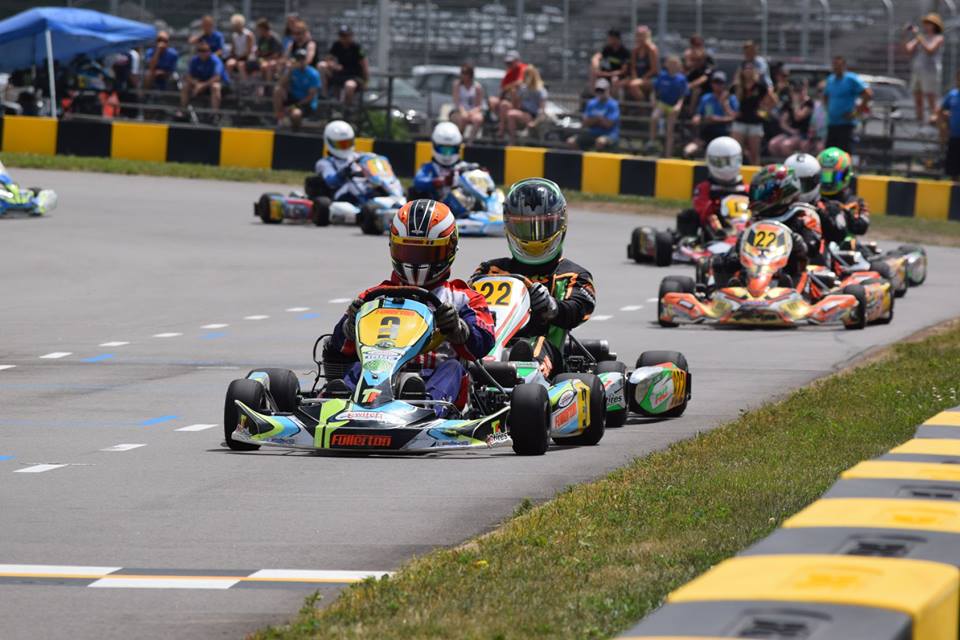 Over 120 drivers braved the 90 degree plus Wisconsin heat and humidity this past weekend to put on another outstanding show.  The site was the CTECH Manufacturing Motorplex, located inside the famed 4 mile road course at Road America, which is just outside Elkhart Lake, Wisconsin.  Nestled in the rolling hills is a gem of kart track that is sporting a brand new surface, complete with new curbing.  The approximately one mile layout feature a long uphill front stretch, a 90 deg off camber section, tic tac toe curbing, and a downhill corkscrew that will set you into the seat.   The Motorplex, as its affectionately referred to by locals, has been there since the early 2000s, and at one time was a stop for several major karting series, but the track surface had deteriorated and the ride became a seat cracker.  Thanks to a new surface, the track is back on the radar of the Midwest karters.

Route 66 brought 9 classes to the Motorplex this weekend, down from the 10 that started the season, as the Kidkart class was eliminated for the season, prior to the event kicking off, due to dwindling racer interest.  Three strong Yamaha classes, X30 Jr. and Sr, and KA Jr. & Sr., Micro Swift, and Mini Swift made up the weekend’s program.  With the exception of KA100 Jr, all the classes pulled respectable numbers.  Ironically, KA100 Sr was the biggest class of all, with 27 drivers competing, while KA100 Jr, the smallest, with only 4 competitors.  As the KA pendulum continues to swing, expectations are that the KA Jr class will grow significantly.

Full results for the event can be viewed by visiting the Series website at www.www.route66kartracing.com and accessing the Event Results section.  Route 66 also provides and full recording of the PA audio from the event, which is broadcast live on the Mixlr platform.  The recordings are published to the Mixlr site and can be accessed anytime by searching Mixlr for the “Route66KartRacing” channel or by clicking on the links below.

The Route 66 Series would like to thank its racers and sponsor for their continued support, and thank the Road America staff for providing a great facility and staff for our event.

The next outing for the Series will be July 20-22 at MRP in South Bend, IN.  Online registration is already open for this event, and we hope to see you all there! 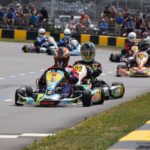